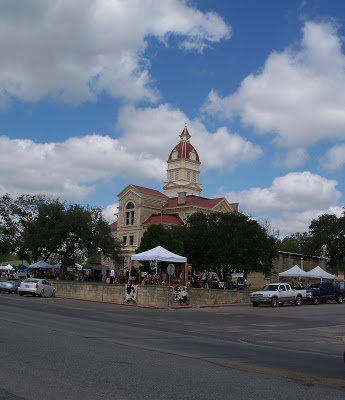 Today we visited Bandera for Market Days and to watch the Saturday Cowboys on Main Street Shootout.  Bandera is only 25 miles from Kerrville, and is labeled Cowboy Capital of the World!  With a title like that how can anyone resist a visit to Bandera when in the area!  It turns out that Bandera is a small community with a population of a little over 1,200.  There is a very short business strip with a few gift shops and several places offering food and music.  It gave me the impression of being a great place to go with friends in the evening for food, music, and dancing! 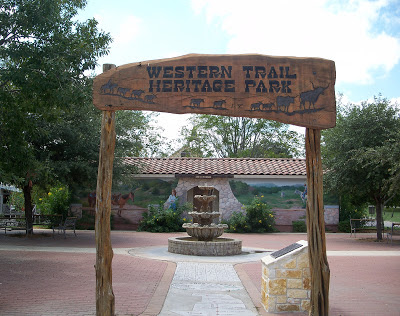 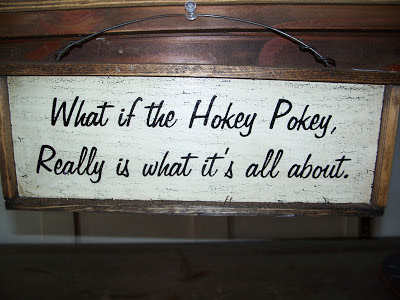 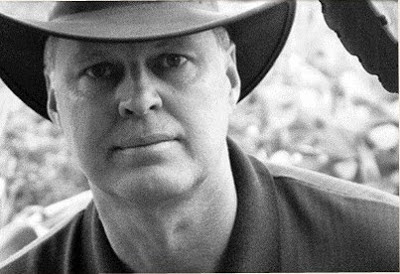 During our stay in Kerrville, our neighbor was a musician named Austin Ladd Roberts.  We were fortunate to see Austin and his singing partner, Patti Pannell, perform in the nearby community of Hunt.  In our visits  with Austin, we learned that he is involved with the Texas Heritage Music Foundation and provides inspiration to young people through school programs.  We were searching the internet for Austin's music videos and soundtracks and in the process learned a lot more about his accomplishments!  Over the years, Austin has played shows with some of the greats of what is now known as altenative country.  He has played with Willy Nelson, Jerry Jeff Walker, Merle Haggard, Joe Ely, Leon Russell, Pure Prairie League, and The Byrds!  Recent tours have added Sugarland, Cowboy Buddha, and Patti Pannell!  Who knew!  We just thought he was a nice guy, who plays great music!
His music is described as coming from Texas roots and Americana.  His sound is not quite rock and not quite country.  He plays fingerstyle on acoustic guitar, with a sound that rests nicely between James Taylor and Chet Atkins.  Check out his website: http://neonboot.com/fr_home.cfm   You can find him on Facebook, also.﻿