Nature and Raptor Center of Pueblo

We recently went to the Nature and Raptor Center of Pueblo.  It is a facility that rehabilitates raptors for release back into the wild.  Those that can't be released are on display in a small zoo and are used for teaching the public about the birds.  There are also trails for nice hikes, a picnic area and a restaurant. 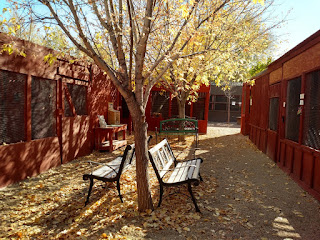 The Raptor Center doesn't appear to have a sign on Pueblo Blvd., but is accessible by exiting onto 11th Street, which turns into it's reported address of Nature Center Road.  Touring the facility is self guided and is only $5.00 per vehicle.

Each cage has information displayed telling about the bird species and each bird's personal story of how it came to be at the facility. 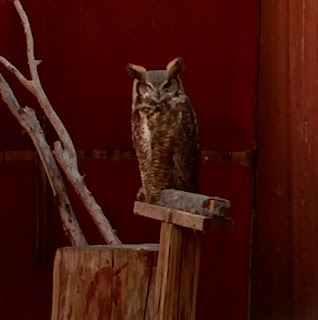 This is a Great Horned Owl named Jasper.  An unfortunate accident left him missing his right eye and with extensive right wing damage.  Jasper joined the facility staff in 2014 and has a busy life as an educator! 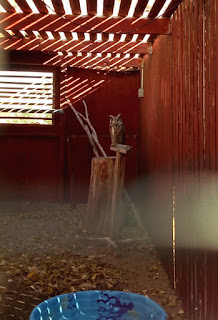 Look at the nice big room Jasper has.  Each cage has a swimming pool.  It makes me wonder if they put fish in them sometimes. 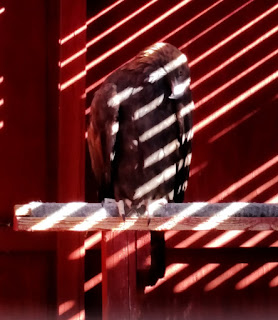 This is a Golden Eagle name Aquila.  She met with a vehicle collision in 1984.  Despite extensive efforts to rehabilitate her wing, it became apparent by 1985 that she would not be able to fly.  Besides regularly assisting the staff with educational programs, she has been a successful foster mom raising two orphaned Golden Eagle chicks! 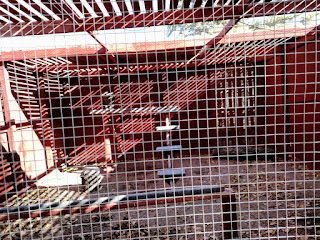 This is Aquila's large cage.  All the bird pictures were taken through this wire mesh.  It's amazing they turned out so well! 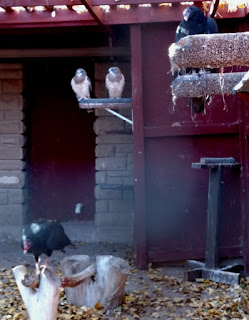 This cage houses two Swainson Hawks and two Turkey Vultures.  The hawks are named Ernest and Carlos.  Ernest was brought to the center in 1996 after being confiscated from some boys who had tried to raise him from a chick.  Unfortunately the boys didn't understand the nutritional needs of a raptor and Ernest's bones didn't form with the proper shape and strength for flight.  He is also imprinted on humans, since being raised by them.  Being human oriented has made him a great educator!  Carlos came to the facility as a fledgling in 2006.  He had a damage wing that couldn't be repaired.  The Turkey Vultures are Izzy and Lurch.  Izzy was found as a juvenile, unable to fly due to a damaged wing.  She joined the staff in 2011.  Lurch was also found with a damaged wing.  He spent 22 years in other rehabilitation facilities until the time they closed.  He came to the Pueblo center in 2007 and is a valued member of the staff! 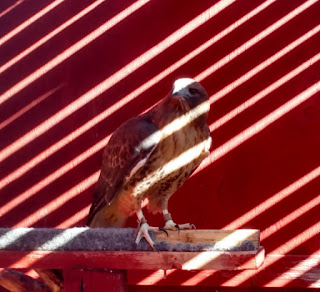 Arapahoe is a Golden Eagle.  He was found with a long standing damaged wing and came to the center in 1989. 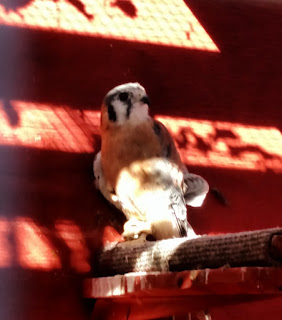 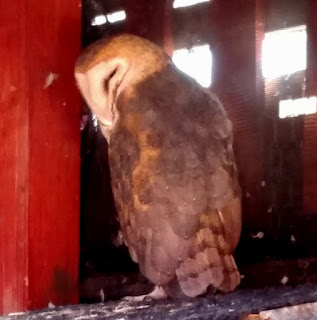 This is a Barn Owl named Piper.  Piper was found with a damaged wing and joined the staff in 2014. 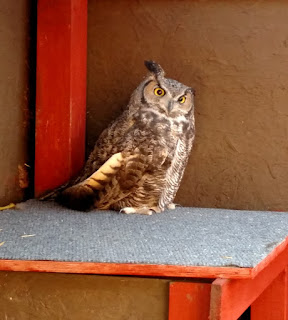 Guffey is a Great Horned Owl that met with a car collision.  Examination showed that he had prior wing damage from his youth that impaired his flight ability.  He came to the center in 2011 and quickly became a favorite at programs and events he attended. 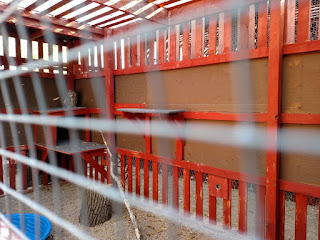 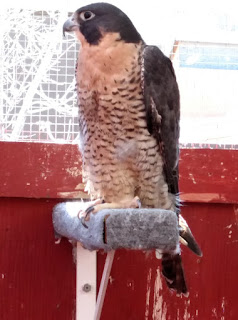 This is the Peregrine Falcon named Kya or Theo.  Kya and Theo both came to the center in 2013 due to incidents in different Colorado counties that left them with wing damage. 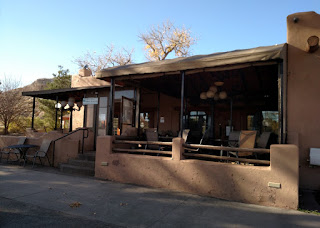 This is the Coyote Grill, located on the nature center's grounds down by the Arkansas River. 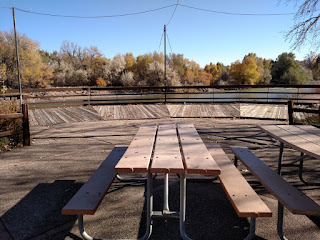 This is a boardwalk eating area outside the restaurant. 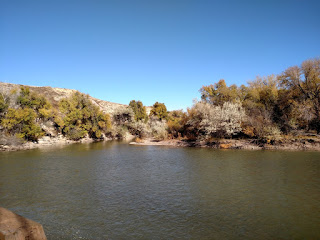 This is a peak at the Arkansas River.  We enjoyed our visit to the Pueblo Nature and Raptor Center and recommend that you stop by, too!
at 12:46 PM