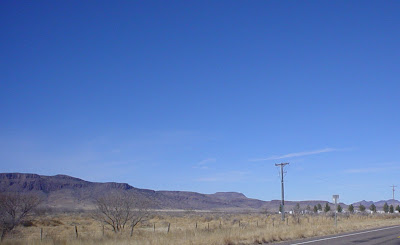 After the snow left, the West Texas wind arrived and stayed throughout February!  I've heard reference to them, but had no idea how bad they are until experiencing them for a month.  The R.V. park is to the right in the picture.  Note the mountains to the back of the park and to the left of it. 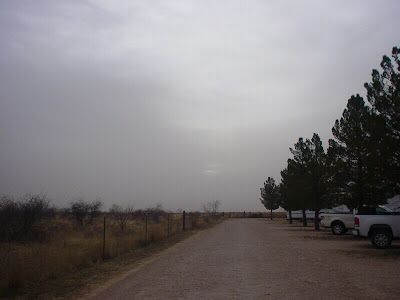 This isn't early morning or dusk, but a midday dust storm!  The view of the mountains is obliterated!  The wind gusts so strong that solid clouds of dust as high as the fence and as wide as the driveway can be seen at times! 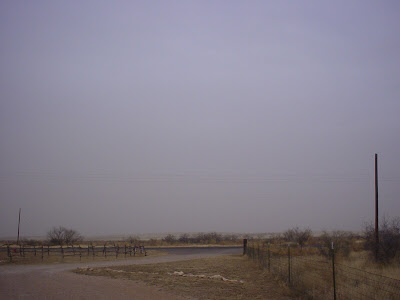 The wind blows all day and night with such strength that we have had to close the window flaps on several occasions and hang onto the camper door with both hands when going in and out!  Although I know it's not the type of wind that becomes a tornado, as we lay in bed at night hearing the wind howl, the camper rock, and the roof ripple it's hard not to plan for a tornado safe location to go!  Although not every wind storm kicks up dust to this degree, high winds are a common occurrence!  After a month of high winds ruining even sunny fair temperature days, we've decided living in West Texas wouldn't be for us. 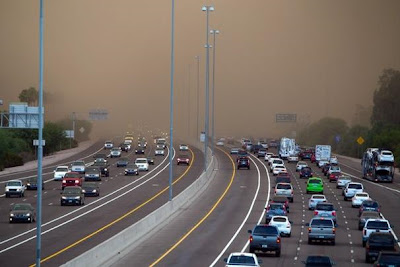 We've heard on the news about Arizona dust storms blowing into areas  like giant walls!  There are lots of Google images showing them.  These can come up quickly, and with a terrible impact on highways.  This will be something to be aware of while in Arizona next Winter!
at 6:34 PM 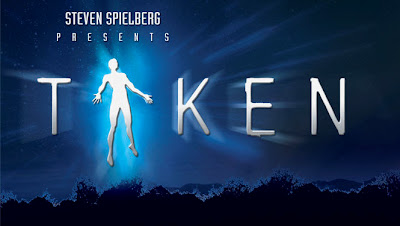 In preparation for our stay in Roswell, NM, Roy and I have started watching the t.v. series Taken!  It is a science fiction spanning 6 generations of families encounters with aliens!  The first in the series is called, Roswell, The Landing!  After watching a few episodes, we've decided it's best to leave aliens alone, as well as, the government officials involved with them!  As a more practical preparation, Roy has replaced all the camper tires with new heavier load bearing tires.  I've researched R.V. parks and sights to see!  We've increased our internet service from 5 gigs to 10 gigs!  We're ready to roll on our departure date of March 3rd!
at 7:29 PM