Historic Camp Beale Springs is located on the western edge of Kingman. Pick-up a free parking pass at the Kingman visitor's center before going to the site. The comfortable walk around the grounds is well worth the time. 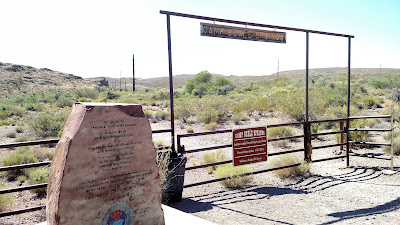 Beale Springs was used by Native Americans for centuries before Lt. Edward Beale traveled through the area in the 1850s establishing a wagon road along the 35th parallel. In 1865, Beale Springs became a stop on the toll road from Prescott to Hardyville, which is now modern day Bullhead City. During the Hualapai War of 1866-1870, the site served as a temporary Army outpost and became an official military camp in 1871. The camp provided protection along the toll road and acted as a supply station for the Hualapai Indians. The camp remained active until 1874, but the Beale Springs site remained in use well into the 20th century! 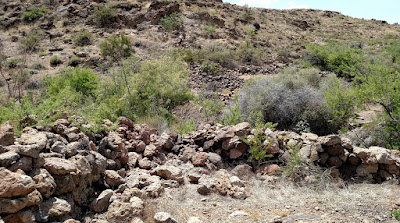 Through the gate to the left of the trail is where the Camp Beale Springs horse corral would have been. At the back of the corral grounds are foundations of prior stables. 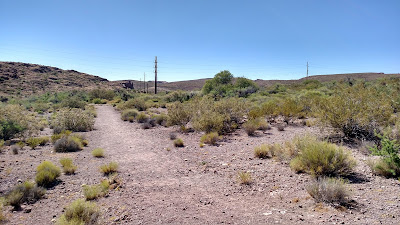 At the end of this section of desert trail is the Beale Springs oasis!  Within the oasis is a grove of fruit trees! 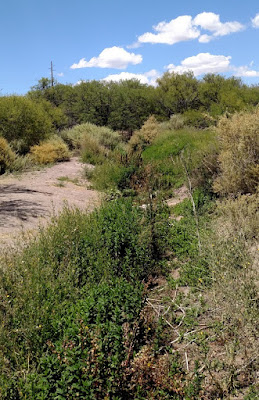 I have to admit that the first day we walked back to the spring and saw this gully rippling with water, I didn't think much about it. It's just a ditch with water, after all! Even the grove of trees offering their shade didn't strike me as anything more than pretty and serene. It took my mind a few days to realize the magnificence of Beale Springs and I couldn't wait to get back to it, so as to revel in the experience! What I had failed to recognize is that Beale Springs is a true oasis surrounded by dry, sandy, cactus desert! There aren't any lakes or rivers within an approximate 40 mile radius of Kingman! 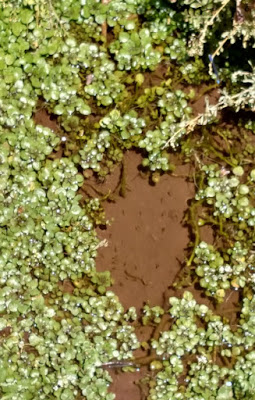 The spring was buried beneath lots of green plants overhanging its edges, as well as, growing in the water.  In this little opening I could see what appear to be minnows and even a damsel fly! 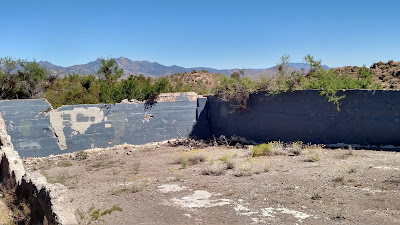 When I was told that there was a reservoir at the camp that had since gone dry, I was expecting to come across a dry lake bed!  Wasn't I surprised when I figured out that this building foundation with a slanted floor like a swimming pool was the reservoir!  Here is an interesting tidbit. The Beale Springs site became a water source for early Kingman. The reservoir in addition to serving its intended purpose, sometimes doubled as a swimming pool!!! That's quite a thought, isn't it! 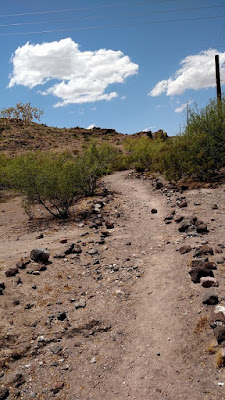 The trails are very easy walking. This is the trail going up the hill beyond the reservoir to where the military housing used to be. 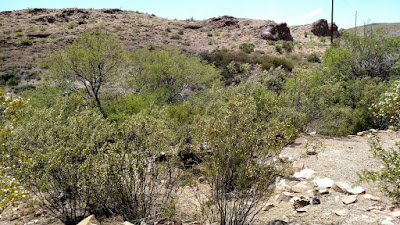 The light colored rocks are where the officer's quarters stood. 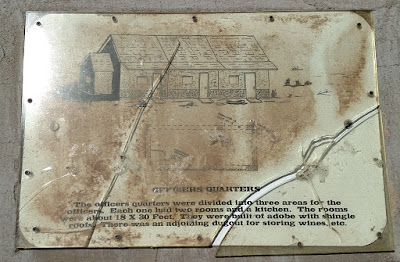 Here is some information about the officer's housing. 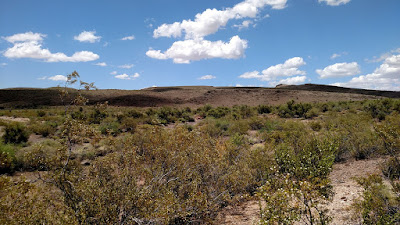 This is the wonderful view just beyond the officer's quarters! 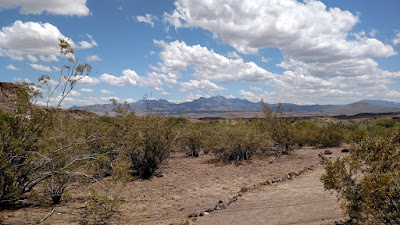 This is the trail on the hilltop to the company barracks 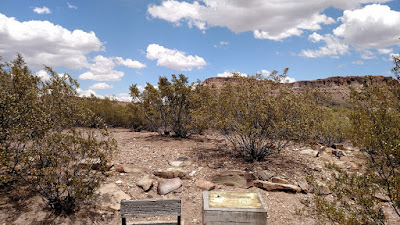 The rocks outline the barracks. 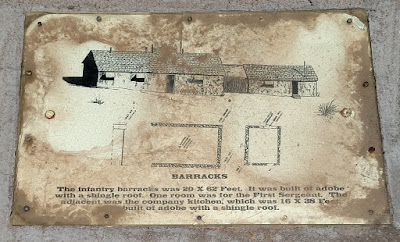 Here is some information about the barracks. 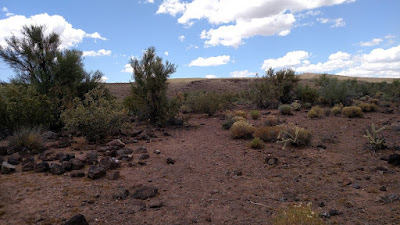 This is the area where the Hualapai Indian housing was located. 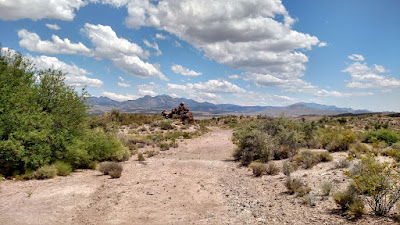 This is the old toll road going to Kingman. This view is looking from the back of Camp Beale Springs toward the gate where we entered the grounds. Along this road by the camp gate once stood a mill and a hotel. 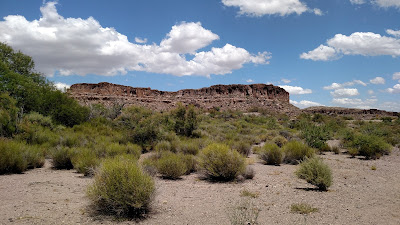 This plateau is located across from the entrance to Camp Beale Springs. A paved road called Wagon Wheel Drive passes to the right of the plateau. The road was once part of the wagon trail established by Lt. Edward Beale. Take this road to reach another oasis called Atlantic Springs. 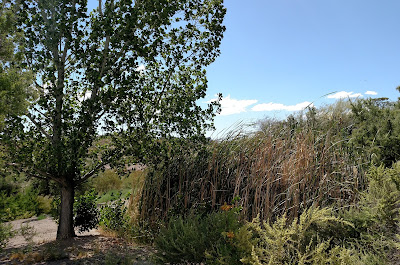 Check out the deciduous tree and the cattail pond in the middle of a desert! The water in the spring is about a foot deep! 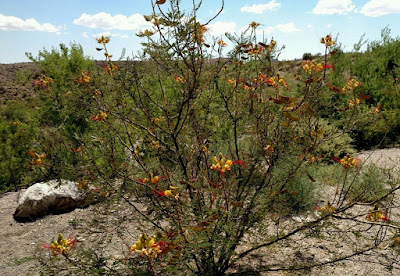 This is an interesting and pretty flowering bush by the spring. 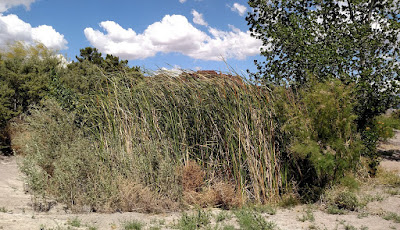 Here is another look at the amazing desert oasis. It's hard for us to imagine in these modern times the importance of such a little frog pond to early travelers. 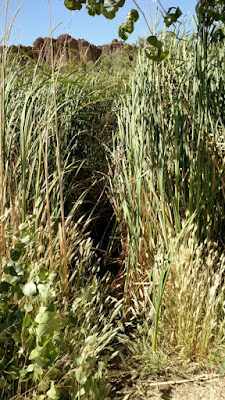 It looks like desert dwellers are enjoying this refreshing source of water still today!