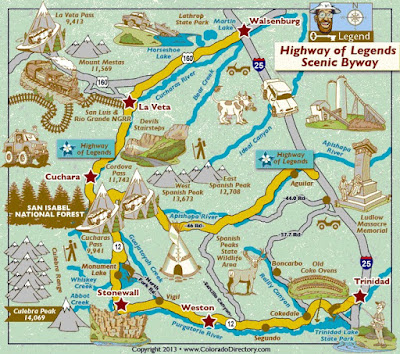 In route from Walsenburg to La Veta you will see the Spanish Peaks.  The 13,673' West Peak is on the right and the 12,708' East Peak is on the left.  The Spanish Peaks can be seen 133 miles away to the north in Colorado Springs and 85 miles to the west in Alamosa!  They appear so close to Walsenburg that we like to think of them as being ours, but in actuality they are located near La Veta.  Do you see the cloud coyote over the West Peak?  Click on the picture for a closer look! 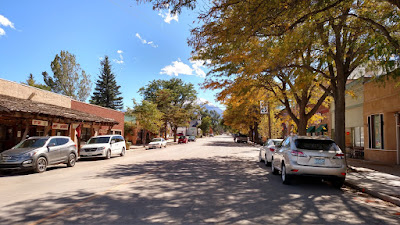 This is the beautiful and artistic community of La Veta!  It is also home to Francisco Fort. 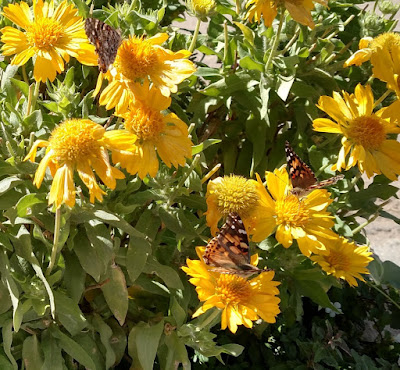 The flowers in a street planter in La Veta were active with butterflies! 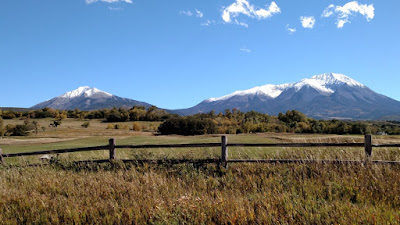 These are the Spanish Peaks, as viewed from La Veta. Just before you reach the community of Cuchara, you will get a close-up view of The Devil's Stairsteps! 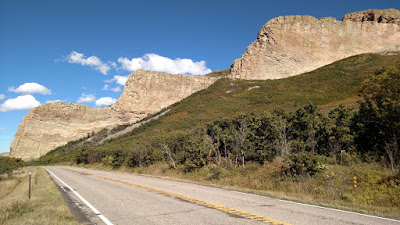 This is the view from having passed the stairsteps and looking back.  These formations are called dikes and are unique to this area. 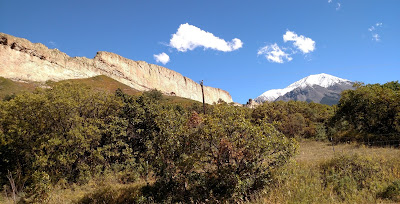 Approximately 500 rock walls (dikes) radiate around the Spanish Peaks.  They were formed by molten rock being extruded up through cracks in the Earth's surface. 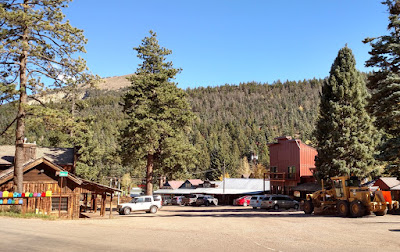 This is the community of Cuchara.  It seems to have just enough restaurants, taverns and gift shops to keep the tourists entertained.  There is a nearby ranch for trail hikes, horse rides and cabin rentals. 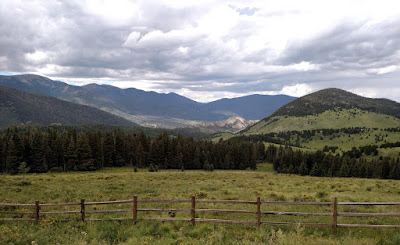 Farley's Overlook is the first scenic view you'll have at the turnoff for the climb to Cordova's Pass.  Most of the drive is through pine forest with just a few views similar to Farley's Overlook. 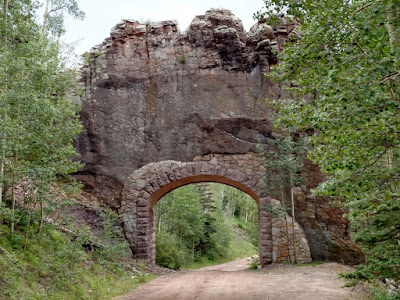 This is an interesting cut through a dike along the Cordova Pass route.  This route ends in the community of Aguilar.  Aguilar, while having some interesting architecture and history, is now mostly vacant buildings.  A return to Walsenburg is made on Hwy. 25. 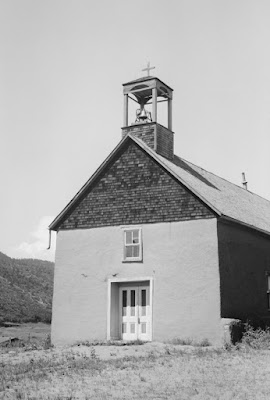 On our second day's scenic drive we followed Hwy. 12 from La Veta to Trinidad.  Once past the community of Cuchara, historic churches similar in architecture to this one will be seen in each small community.  This is an Internet picture of the old church located in Weston.  When active, the churches were of the Catholic denomination.  This area of Colorado is said to have belonged to the Spanish three times longer than it has belonged to the United States. 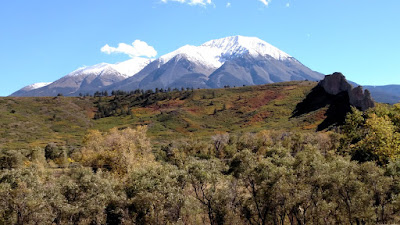 Although, most of the trees along the route were yellow in their Fall color; the grasses and bushes had pretty Autumn hues of orange. 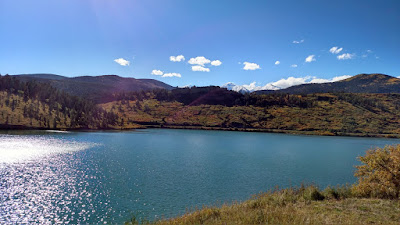 This is just a pretty lake along the route.  I think it may be Monument Lake. 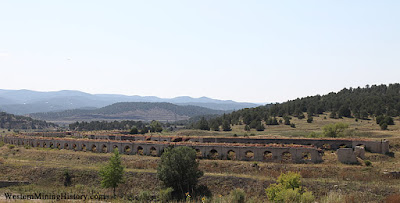 As you get close to arriving in the bustling 9,096 resident community of Tinidad, you will pass the historic coke ovens near the community of Cokedale.  Coke is a byproduct of heating coal to a very high temperature in airtight ovens.  Coke is used in the creation of steel and other products.  Highway 25 north out of Trinidad takes you back to Walsenburg. The Highway of Legends will stand out in our memories for the amazingly beautiful scenery, unique geological formations, and historic communities!
at 12:11 PM